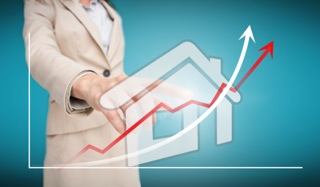 Birmingham continues to show its strengths and economic improvements, especially in the residential housing market. New reports by the Alabama Center for Real Estate (ACRE) detail exactly how well our city and state has done over the past months, and their findings are encouraging to real estate professionals in the Birmingham metro area.

Birmingham’s recent success isn’t an isolated incident; our city has had continued growth since 2011, which is consistent with statewide improvements.  Since this time last year, Alabama home sales grew by 4.7 percent.  Through August, total growth was 9.6 percent higher when compared to 2012.  While the growth and improvements are statewide, Birmingham seems to be the front-runner with sales, prices, and outlook. Minor fluctuations are to be expected, but the general attitude remains positive.

This is promising news for homebuyers who have been waiting for the right opportunity to buy a new home. And with so much positive growth in our city, and our state, this couldn’t be a better time to move into Ross Bridge. With neighborhood amenities that are as vast as they are luxurious, any one will feel perfectly at home in our golf resort and spa community.

Not only is Ross Bridge a vibrant and sought-after neighborhood, but it’s also every golf enthusiasts dream. Ross Bridge sits on the Robert Trent Jones Golf Trail, featuring one of the longest and most challenging courses in the world.  Pair that with beautifully built homes and you have one of the best places to enjoy living in Alabama!