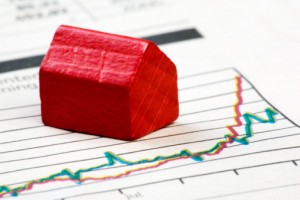 Since its days as a powerhouse in the iron and steel manufacturing industries, Birmingham has been a driving force in Alabama’s economy. At the peak of the city’s industrial flourish in the post-Civil War era, Birmingham coined the nickname “Magic City,” and though much has changed since, the Birmingham metro area is still an indisputably significant area of the state. According to recent data, the Birmingham metro area is especially important to the recovery of Alabama’s housing industry.

Other areas of the state appear to be stagnating a bit in terms of Alabama’s housing recovery, but several factors indicate that the Birmingham-Hoover metro area is doing better than most:

·      Lower housing inventory: According to the most recent data from the Alabama Center for Real Estate (ACRE), the Birmingham-Hoover metro area has less than 8,000 properties for sale. This is compared to more than 10,000 properties for sale three years ago. This “tight” housing supply is a good thing for the economy – when housing inventory is relatively low, it leads to a healthy demand, which then pushes prices higher. These are all indications of a healthier real estate market – excess supply and low demand for houses would be a negative situation because it would lead to lower home values.

·      Less underwater mortgages: the number of Birmingham mortgage borrowers who owe more on their mortgage than their house is worth has declined, according to a recent report from CoreLogic.

Whether it’s the 19th century or present day, the “Magic City” is undoubtedly important to the overall vitality of the state. Positive news about the housing market in the Birmingham-Hoover area is great not only for Alabama, but also for local communities such as Ross Bridge. We pride ourselves on being a member of the greater Birmingham community, and we know that our residents do, too. With so many dining, retail and entertainment options in such a beautiful and historic area, we’re not surprised that this recent data reflects something Ross Bridge residents already know – the Birmingham-Hoover area is the ideal place to buy a new home!