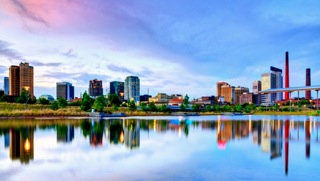 Birmingham, the home to our Ross Bridge community, has long been considered one of the greatest metro areas in Alabama.  And, in recent months, it has shown its strength in the housing market and its incredible potential for the future.  In fact, it’s even been nationally recognized by CNN Money as one of the “10 Hottest Housing Markets for 2014”.

This list was compiled using data from the CoreLogic Case-Shiller Home Price Forecast and is intended to direct potential homebuyers to the best performing markets.  Birmingham made the list for its impressive progress in 2013 and the promising patterns for the months ahead.  Just last year, Birmingham home prices grew by 6%, which in turn pushed up the median home price.  CoreLogic predicts an even bigger growth for this year, estimating increases as high as 7.8%.

The increase in home prices is in part to the improving overall economy and favorable mortgage rates, but also because of residents’ dedication to their city.  In December, we wrote about the “resurgence of downtown Birmingham” and how it has positively impacted so many aspects of the Magic City.  CNN Money points to these revitalization efforts for increases in home values and notes that “Birmingham is finally seeing the big payoff.”

Today, Birmingham is a charming city that truly has it all.  With a thriving music scene, historical influences, a diverse restaurant network and beautiful parks and communities, it’s no question this area is set for big achievements in the future.

The Birmingham area is certainly proud to be considered on this list, and the Ross Bridge community couldn’t be happier to be apart of this city!  Our three distinctive neighborhoods offer diversity and selection during the home buying process and answer to the demands of interested homebuyers.  And, adding to the appeal of Ross Bridge, our community is built on Ross Bridge Golf Course, a stop on the famous Robert Trent Jones Golf Trail.  With beautiful homes, a world-renowned golf attraction, community amenities and more only a short drive from downtown Birmingham, what more could a homeowner ask for?

Now that Birmingham has been nationally recognized for its promising 2014 outlook, we can expect more families and serious homebuyers moving into the market.  Want to look for your ideal Ross Bridge home today?  Visit our New Homes page to browse through available designs and floor plans or stop by our Sales Center to learn more.