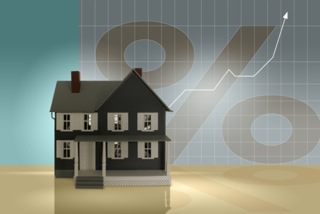 Birmingham has seen more incredible improvements in the housing market over the summer months. According to market trends in Alabama real estate, residential sales have increased 27 percent in July compared to last year. While the month-to-month numbers are still fluctuating as expected, the general pattern of the market is positive.

Last July, dollar sales in the housing market were $229,375,674 in Birmingham. This July, they reached $292,126,892 – a huge year-over-year improvement. These numbers are also four percent higher than what was originally predicted, which suggests that the fall season will also be better than estimated.

Aside from the residential dollar sales amounts, other areas of Birmingham real estate showed improvements. Unit sales increased by 184 homes, which is a 17 percent increase from July of last year. As more sales are reported for the month of July, the number will increase and improve the standing statistics. Additionally, inventory fell by 11 percent, which will spark homebuilders to continue building new homes as demands increase.

All of these statistics prove that the economy is recovering perfectly and that Birmingham’s housing market will soon be back to normal. Summer 2013 has proven to be the best time to buy a new home, but with the direction the economy is headed into the cooler months, the fall has the potential to be equally as successful.

New homes might not make up a huge portion of houses on the market, but they have an incredibly positive impact on the economy. They create jobs and generate revenue for the local economy. The building of new homes also encourages more people to return to the market or purchase their first home, which will further motivate the economy.

New homes are increasingly in demand and will continue to grow in value. Homes in Ross Bridge are newly built and offer the best of Birmingham living. A home in our community is especially valuable with the vast amenities and different style homes and neighborhoods. Looking to the future, Birmingham, as well as the nation, will continue to see advances in the economy and housing market.