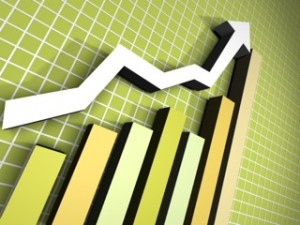 Here in Ross Bridge, we love hearing about an improving economy.  Hearing about an economy that’s improving even more than originally reported? Even better!  The Bureau of Economic Analysis reports last week that numbers published on US economic growth have since been revised to a higher rate.

The original report stated that national gross domestic product (GDP) rose at a rate of 1.7 percent from April to June.  This low number came as a disappointment to many, because Briefing.com had earlier predicted a higher rate of 2.1 percent.

Thankfully, the newly revised report shows an increase to a 2.5 percent annual rate during the second quarter.  GDP is measured because it is one of the broadest and most indicative economic activities.  Any measurement of GDP usually reflects the entire status of the economy fairly accurately.

It’s typical for revisions to be released after the initial report.  In this case, better trade balance is to thank.  The US imported less and exported more than originally calculated.  Real estate spending is also responsible for higher numbers.  New homes are more affordable than ever, allowing more buyers to return the housing market.

This rate of 2.5 percent is the fastest rate since the third quarter in 2012, which reached 2.8 percent. However, since 1929, the growth rate has maintained 3.3 percent.  This suggests that even though the economy is showing major improvements, there is still much more room for it to grow – and it’s expected to do so!

General economic improvements also suggest improvements within the housing market. Those who are considering buying a new golf course community home should seize this opportunity!

A new house in Ross Bridge is the perfect place to call your next home. With an improving economy, there is no better community to consider. Our residents benefit from living on the Robert Trent Jones Golf Trail, residing in the most beautiful, nicely built homes, and the best neighborhood amenities available anywhere in Birmingham.  Once you’ve moved in, you won’t be able to imagine living anywhere else!