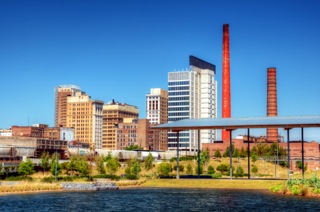 We already know Birmingham is a great city – after all, we chose this metropolitan area to develop our community, Ross Bridge! And, it’s no secret that Birmingham is the up-and-coming city everyone wants to live in either.  According to Southern Living, Birmingham “has never been hotter” and “the Magic City is proving she still has a few tricks up her sleeve.”

Be in the know about Birmingham with these little-known facts about our beloved city:

2. Birmingham is a foodie’s paradise. The independent restaurant scene has yet to be ‘discovered’ by many – although it could very well compete with the best!  From Saw’s Soul Kitchen to Satterfield’s Restaurant, exploring the different tastes that Birmingham has to offer is a great weekend activity.

3. Believe it or not, Birmingham has its very own bird sanctuary.  The Dauphin Island Bird Sanctuary is a great adventure for kids and parents alike!

4. For beer enthusiasts, relaxed beer laws have sprouted local breweries all over Birmingham.  Just like the endless food options, many of these breweries have their own unique flavor and brand.  Shop around the Trim Tab Brewing Company, Beer Engineers, and many more to pick out a new favorite!

5. Love to fish?  We thought you might, seeing how you live in a Birmingham metro area! BassMaster magazine named our city as “The Best City for Bass Fishing”, much to the agreement of Birmingham natives.

6. Jazz has long been a staple in Birmingham.  Its influence on the city and local music is evident.  Best of all, the Alabama Jazz Hall Of Fame is right here in town. Head over to the Carver Theatre to truly be immersed in Jazz culture!

7. Birmingham has the largest cast-iron statue in the entire world, and you can see it from nearly anywhere in the city! Visit Vulcan Park to check out this statue and to enjoy the beautiful views in the observation tower.

Joining the Ross Bridge community is a great way to enjoy the city of Birmingham.   Aside from the beautiful new homes and all of the perks in our community, residents can also enjoy all that this great city has to offer!