Housing’s Contribution to the Economy in Q3 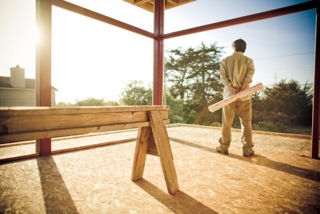 Recent reports have shown Alabama’s perseverance during the recession.  In the Birmingham-Hoover region, homes prices managed to hold up through the recession.  From 2010-2012, the median home price was $144,700, compared to $141,700 during the 2007-2009 time period.  Not many states can say they pulled through the housing crisis so successfully!

And, not many people are aware that the housing industry has such a profound impact on the economy, specifically, Gross Domestic Product (GDP).  According to a report by the National Association of Home Builders, this last quarter, housing contributed 15.6 percent of GDP. Of that percentage, 3.2 came from home building alone.

GDP is typically used to gauge the health of the economy. Because it measures the dollar value of all goods and services over a set period of time, it is often seen as a direct representation of the economy itself.  It also lends insight on which industries are impacting the economy, helping economists to better understand recovery as a whole.

There are two aspects of the housing industry that contribute to GDP: home services and residential fixed investments (RFI).  Home services refer to monthly rents, or what a homeowner would charge as rent, including utilities.  In the third quarter, housing services contributed to 12.4 percent to the economy.

RFI includes home building and remodeling, and all the costs involved.  As mentioned before, RFI contributed 3.2 percent to GDP during the third quarter.  This number may seem small, but over the past two years, GDP has grown by $728 billion, and RFI by $119 billion. And, over the past year alone, RFI accounted for 26 percent of GDP growth.  There’s no doubt that the housing market has helped to expand and grow the economy!

Ross Bridge is an excellent example of the type of growth and home construction that helps aid economic recovery.  Not only have we built new homes, but we’ve created a community that homeowners want to live in.  With amenities, neighborhood pools and playgrounds, the Ross Bridge Renaissance Resort & Spa, and a location right on the Robert Trent Jones Golf Trail, Ross Bridge is one of the best places to live in the Birmingham metro area.  With prices steadily increasing in our region year after year, this is a great time to buy!

The National Association of Home Builders