The Resurgence of Downtown Birmingham 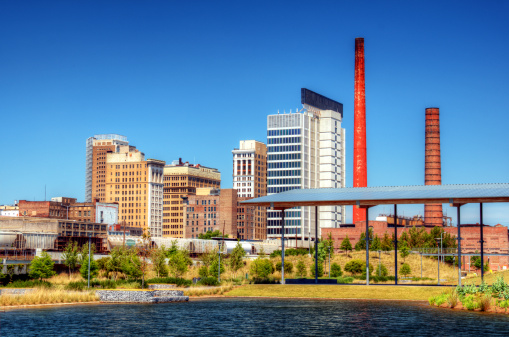 The future of downtown Birmingham has been looking especially bright recently, as efforts in the downtown district have led to its resurgence as a prime destination for residents, tourists and investors alike.

The revival of downtown Birmingham is an interesting mix of the old and the new, as older, historic buildings are being renovated and reused for a multitude of purposes. Empty warehouses downtown are being converted to spaces such as restaurants and breweries. Some historic buildings that have been vacant for years are being restored to their former glory and converted to mixed-use buildings containing a combination of apartments, retail, dining and entertainment options.

The resurgence of downtown can be added to an already long list of reasons that the Birmingham metro area is a great place to buy a new home. Residents of Birmingham metro neighborhoods, such as our Ross Bridge community, have convenient access to the bustling and beautiful city while also enjoying the benefits of seclusion.

There are also less tangible, but equally important, effects – a renewed pride and optimism in the city and the potential for Birmingham to further promote its national identity if the downtown district continues to grow.

The movement toward reviving Birmingham’s downtown area has made tremendous strides over the past several years, and some of the most prominent efforts in that movement are the following:

• Railroad Park, which opened three years ago, is known as “Birmingham’s Living Room” and has become perhaps the best symbol for the revitalization of downtown. The 19-acre park in the heart of downtown serves as a destination for concerts, recreation and various events. It includes a lake, amphitheater and trails that offer breathtaking views of the city.

• Regions Field, home of the AA Minor League team the Birmingham Barons. The state-of-the-art stadium opened in April 2013, and is the hub of Parkside District, the surrounding entertainment, commercial and residential development in downtown Birmingham.

• The $40 million, 15-story apartment tower to be built on Highland Avenue.

• The planned $30 million LIV Parkside apartments across from the Birmingham Railroad Park.

• The $57 million renovation of the Pizitz building, a former department store.

• The $7.5 million renovation of the Booker T. Washington Insurance Building into apartments and retail space.

• After a long vacancy, the renovation of the historic Thomas Jefferson Hotel into a mixed-use property.

With our Ross Bridge community just a short drive to downtown Birmingham, we’re excited to witness the continued growth of the area and look forward to the benefits it will bring Ross Bridge residents. Our community offers excellent retail options in our Village Center, but our residents can look forward to having even more shopping, entertainment and dining options nearby in downtown Birmingham as the area continues to grow. With the revitalization of downtown, current and future homeowners in the Ross Bridge community will have one more reason to be proud residents of the Birmingham area.